Peter Bialobrzeski has sat on the jury of the World Press Photo three times and twice won prizes in the competition. He is Professor of Photography at the University of the Arts in Bremen, Germany, and has done a number of projects in India, as well as taking workshops. He spoke to Angus McDonald about what it’s like to judge the World Press Photo, what it’s like to win it, and how the competition is changing as digital media transform the landscape of photojournalism.

Which section of the jury were you on?

I was on the first round jury on the documentary and news section. The way it works is that the whole judging process is for two weeks. The first round jury comes in and their task is really to separate the pictures that wouldn’t stand a chance to win from those who could win. The interesting thing about the first round jury is you see everything that is sent in but you have less than a second to judge.

It must be completely exhausting.

Totally. When I did the second round jury for the first time I thought I would never do that again. It was really disturbing because the judging process goes most of the time till  two o’clock in the morning and you start at about nine o’clock and so you’re really just – your mind is completely bombarded with images which are sometimes pretty difficult to digest. It’s a very strange process and at night it’s very difficult to go back to sleep when you do it for the first time.

It seems the idea of what constitutes a press photo is changing.

Every judge has their own ethics and their own attitude toward what a winning picture should be and I think the interesting people are really the people at World Press Photo who put together the jury. They deliberately bring in people from all different walks of life. This year there was for example Wim Melis who curated the Noorderlicht Photo Festival, the curator from the National Portrait Gallery in London, and another guy who does portrait photography, somebody who does films for National Geographic – so there’s a very wide mix to bring in a lot of opinions and encourage a lot of discussions. 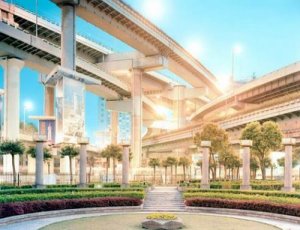 Is this a new feature of World Press Photo, this questioning of what actually constitutes a press photo?

When I won for the first time in 2002 with the Neon Tigers series that was a time when photography, or another type of photography was taken into consideration. Before that it was very much the Danish style, you scan a black and white negative and you print it like Don McCullin on a computer. These days if you look at Michael Wolf’s picture from the Tokyo subway which won last year and his pictures from the Google Street View which got an honourable mention this year there’s much more conceptual work now accepted and I think reflects pretty well where photography’s going, because a lot of magazines at least in Europe, when they print photo stories, a lot of these magazines are very noncommercial and they print a lot of conceptual projects. Of course they don’t commission them any more and they don’t pay anything for it, so this reflects how the medium has changed.

You look at something like the Street View project and it calls into question whether this is photojournalism, is he actually taking photos of the events and understanding them, or is he just taking a photo of a computer monitor?

Hang on, hang on. It’s called the World Press Photo contest and the World Press Photo contest talks about pictures which have been printed in the media, full stop. The Swiss magazine Du ran the pictures as a spread that talks about how we view the world in different ways so in a way the photographer becomes the author, an author who turns it into a story that says it all in pictures. It doesn’t illustrate anything, the pictures, they’re not talking about the event. The medium, Google, becomes the message, the subject is Google. The subject is how do we look at each other through a different medium which is suddenly between the photography and the real world and I think it’s a very valid and intelligent way of doing it.

People who find it controversial – this is kind of silly, it’s not about the artistic possibilities of the photograph because all the visual concepts we have these days which are used to do photo stories, they’re pretty generic. The classic photojournalism has always been an aesthetic concept, W. Eugene Smith used an aesthetic strategy to communicate what he wanted to communicate so in a way it’s not so different from what Michael Wolf is doing. Any questioning whether this is journalism is totally rubbish because journalism these days is a lot about preconceived ideas.

For me the journalism is really about the content and the research and also the relevance. We have to look at how the world is today and for me something which is very questionable about this year’s results as a critic is that in the first round I have seen a lot of pictures of the European riots last year, which have been a large sign of what’s happening now, what’s happening in London and things like this. And for me from the journalistic importance this is a big part of what is missing in the judging, if we talk about relevance. It’s much more relevant than great pictures from an earthquake in Haiti which has won three awards. Because Haiti, as we know from Alex Webb and Maggie Steber, always looks great in photographs. To be cynical about it, it’s just one hour from the States, you jump on a plane, you go there, people are dramatic, colours are great so in a way this is again a photo op.

What did you think of the winner?

It’s a current process and I wouldn’t really comment on any selection the jury made because I think it was a good jury and they made a responsible choice. And also it’s difficult – Jodi’s a good friend of mine, and I think it’s a great picture and I think it’s again a statement, how journalism has also changed.

I think it’s good. There’s always a lot of negative response to something that’s controversial and again with a competition like the World Press there’s a lot of accusations like what the jury does, and this is not journalism, and they’re moving away from this and that and I think this is pretty stupid. There’s a lot of jealousy involved. 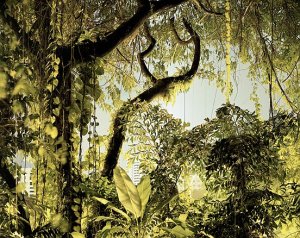 From the series 'Paradise Now', second prize in the Nature category, 2009

What I always think when I’m on the jury, it’s actually pretty easy to win the World Press – not the Photo of the Year, that’s sheer luck, winning the Picture of the Year depends on what kind of jury you have, what’s been there before, what’s on offer and things like this. But winning a prize in a category, like Nature or Arts or even Daily Life is actually not so difficult if you have a strong and coherent point you’re making and if you have an aesthetic that is not like a repetitive formula. I mean there are so many things that look like World Press Photo winners from the previous year and of course you might as well forget it. You might as well forget people who are handicapped and in wheelchairs playing football and things like this. You get this so much that it becomes pornographic.

What would be your advice to photographers, particularly from this part of the world?

To tell a story they feel interested about. Like Amit Madheshiya who won with the travelling cinema story. He looks at what he sees and he’s really involved and the pictures are visually strong with the portraits of the people watching. It’s also conceptually coherent, so this is a good example of how somebody can do it. What’s interesting, especially from this part of the world where you’re talking about, is for people to look what’s actually going on in photography and adapt possible styles to the social situation, or the economic situation in their countries.

Where do you think the World Press Photo is heading?

The photojournalist community is I think in deep trouble at the moment because they don’t know why they’re doing it, they don’t know who they’re doing it for, because the printed press is pretty dead. Nobody commissions anything, nobody prints interesting stories so a lot of these competitions and grants, they become the substitutes of the magazines or the publications. You publish something online, you win an award and you win a grant. So this is I think the most difficult thing for the World Press Photo – it becomes a tool of recognition or it becomes a medium itself. This is why you get a lot of repetitive stuff. If you photograph today you must forget about whether you can sell it, whether you can send it to the World Press, I think you have to think, is it worth spending my time on that, am I interested in doing that, does the world need those pictures? Has it been said or is it a new way of looking at something? If it’s a new way you can today very easily publish a book. You can self-publish it, you can promote it over the internet. It’s easier to get recognition today than it was ten years ago. The difficult thing is, if you have your recognition, how do you turn it into a sustainable career? How do you move on from that, how do you support yourself?

Do you see there being a situation where there are so many entries that the jury just can’t cope?

They want to encourage photographers from the not-so-developed world as well, the entries will go up I think. But that can’t go on forever. And I think the interest in photography will diminish, if the media are disappearing, there will be less people doing photography. The only people who will do photography will be the same people like in the nineteenth century who are really committed, who don’t feel that they can do anything else and that they will create something that is interesting at least to some people in the world. 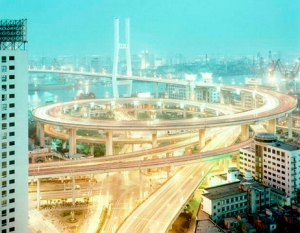 How did it feel when you won?

When I won in 2002 I was totally surprised because I didn’t send in the pictures myself, my agency did. I was in the car, I was on the way to photograph a new project and at 11 o’clock my telephone rang and Volker Lensch, who had been on the jury, who I know from Stern magazine, called me and said, congratulations. And I said, for what? He said, didn’t you know, today was the World Press? No I didn’t, but thank you very much. And then about every two minutes my phone rang and everybody congratulated me and I was totally overwhelmed, and I couldn’t really understand what was happening because it was never really produced for journalism.

Moonpeak is an online and print magazine published in McLeodganj, Dharamshala, Himachal Pradesh, India. It features articles and interviews about travel, photography and books, with a focus on South Asia and Tibet. The magazine is based at Moonpeak cafe, restaurant and gallery on Temple Road, McLeodganj.
View all posts by moonpeak »
« Tibet: Culture on the Edge – Phil Borges
The World Press Photo 2011 reviewed »