Favourite books on Tibet and Dharamshala

A huge number of books has been published on Tibet, ranging across travel memoir, history, biography, polemics and philosophy. Some, without doubt, are more readable than others. The following is very much a personal selection, favouring books that I have enjoyed because of their profundity, their clarity in telling a complex story, or the moving way in which they evoke a world that has been lost forever. Some of them are imperfect, but all of them have something interesting to say.

His Holiness the Dalai Lama, My Land and My People and Freedom in Exile

You can’t beat hearing it from the man himself. The Dalai Lama’s integrity and dedication to his people shine through every word of his two autobiographies, the first published in 1962, the second in 1991. 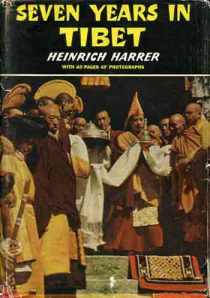 Although Harrer’s personal history had its darker moments, Seven Years in Tibet is rightly regarded as one of the great travel classics. Interned in a British camp at Dehra Dun at the outbreak of World War Two, the Austrian climber and his companion, Peter Aufschnaiter, escaped across the Himalayas into Tibet, then one of the last blank spaces on the map. They took almost two years to make their way across Western Tibet to Lhasa, where they were allowed to stay until the Chinese invasion, with Harrer eventually becoming a tutor to the Dalai Lama. The story is told in a straightforward, readable style which conveys the excitement of witnessing a land and society that had so long been forbidden to Western eyes.

A highly readably account of one of the earliest backpacker journeys across Tibet in the 1980s. Seth, who has since become the acclaimed author of A Suitable Boy and other novels, had finished studying in Nanjing when he decided to head home to India the hard way. The accounts of hair-raising truck journeys and smoky temples speak of a freedom of travel that all too quickly vanished when Tibet turned restive in the mid-1980s.

This might not be Thubron’s best book, but for an author often considered the greatest travel writer of his generation, that’s setting the bar quite high. The subject is much more personal than his other work, which usually concerns itself with the complexities of fracturing states across Russia and Central Asia. Thubron travels to Kailash, Tibet’s most sacred site and a mountain holy to Buddhists, Jains and Hindus, in the wake of the death of his mother. Trekking up from Nepal, he attempts to achieve the perspective of the pilgrim, absorbing the iconography of the monasteries, observing his fellow travellers and sensing his own insignificance as the landscape unfurls in ever greater immensity. Perhaps Thubron is too used to playing the dispassionate observer, but the author appears to emerge more bemused than enlightened; nevertheless there is no such thing as a bad book by Thubron, and this is a valuable record of a rare and important journey. Read full review 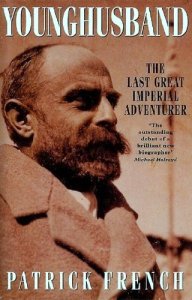 French’s biography of the man who led the British invasion of Tibet in 1903-4 tells the story of this tragic, farcical episode and the man behind it – and does so with the eye for hubris and eccentricity that it deserves. But as well as being a bold military man, Younghusband was an accomplished geographer, explorer and civil servant, so the book is far more than just a chronicle of imperial folly. It is an engrossing and masterful piece of  biographical  writing.

After years campaigning for Tibet, a disenchanted French turns the tables and debunks some of the myths that have grown up around this most polarised of debates. Although it offered refreshing insights from a campaign veteran and a much-needed prodding of some rather ponderous sacred cows, the book was short on detail and failed to suggest alternative paths of action. Nevertheless an interesting and accessible read.

Just after making the bicycle ride from Ireland to India that launched her career as a travel writer, Murphy signed up to work as a volunteer in the newly established Tibetan settlement at McLeodganj in 1963, working with the Dalai Lama’s elder sister Tsering Dolma at what would eventually become the renowned Tibetan Children’s Village school. The book is in Murphy’s typically perceptive, diary-like style, and the words read as if they were written yesterday. The reader reaches the end surprised on the one hand at how much has changed, and on the other, at how little.

Australian journalist Mackenzie tells the story of Tenzin Palmo, the British nun who spent 12 years in solitary retreat in a cave high above the Lahaul valley. One of the first foreign women to achieve ordination in the Tibetan system, and a strong advocate for equal treatment of nuns, Tenzin Palmo has since built a nunnery near Dharamshala. Her determination and her energy are apparent on every page.

Teachings given by Tenzin Palmo in her efforts to raise funds for her nunnery. Tenzin Palmo is particularly skilled at rendering the obscurities of Tibetan Buddhism clear for a Western audience in a no-nonsense style.

A brilliant and often hilarious deconstruction of the hoopla that has aggregated around the image of Tibet in the West, particularly its Hollywood avatar.

This novel of India in the 1970s isn’t about Tibet at all, but gives a fascinating glimpse of McLeodganj told by the nephew of Nauzer Nowrojee, the Parsi businessman who invited the Dalai Lama to take up residence in the town in 1960. The shop owned by the protagonists’ parents, the Kohlahs, is a dead ringer for the Nowrojee shop on McLeod’s main square, and for those who remember the Nowrojees, the characters are pretty similar too.

The story of Khampa warrior Aten, who fought the Chinese invasion of eastern Tibet in the 1950s, is rousing and beautifully told.

The late Professor Norbu’s story of his upbringing in Tibet and escape to India bears witness to the Chinese invasion and is a moving documentation of that time.

The Dalai Lama’s brother tells of life in Tibet prior to the takeover with a heartbreaking simplicity.

John Avedon, In Exile from the Land of Snows

This groundbreaking work of journalism on the Tibetan exile community, first published in the 1980s, is thoroughly researched and told with a keen eye for human detail. Still a classic.

Isabel Hilton, The Search for the Panchen Lama (2001)

The 10th Panchen Lama, the second highest lama in Tibet, died in 1989 under controversial circumstances. The search for and recognition of the reincarnation of a high lama is a matter of mind-bogglingly arcane ritual and practice, in this case with repercussions affecting China’s claim to Tibet itself. British journalist Isabel Hilton tells of the macchiavellian intrigue that resulted in two candidates being  put forward, one recognised by the Dalai Lama, who disappeared in 1995 aged six, and the other, put forward by China, who holds the position to this day. Hilton’s grasp of the details of this extremely esoteric business is masterful.

Journalist Tim Johnson’s wide-ranging book takes in Beijing, Dharamshala, Lhasa, and Tibetan-inhabited areas of Sichuan and Qinghai, providing one of the most up-to-date analyses of the Tibetan situation. The picture that emerges is of a situation very much in flux, with new leaders and centres of power fast emerging as China itself undergoes radical change. With serious money being channelled into Buddhism from devotees in Taiwan and the mainland, and new Tibetan leaders emerging within China itself, Tibet is far from disappearing into history, as many have predicted for so long. Instead it is fast becoming a fundamental piece of China’s identity, making its future a very much more complex question. Read full review

Tibetan history can be scary stuff; the plethora of Buddhist schools, the multiple invasions and betrayals, even the names of the players, can be difficult to get a handle on. Van Schaik’s book cuts out a lot of distracting detail to show that, among many other things, Tibet was not a land existing in pristine isolation until 1949, but had long manipulated, and been manipulated by, its neighbours, particularly China and Mongolia. The current occupation is skilfully understood within this context. The writing is clear and brings key characters to life, introducing a history whose uniqueness makes it all the more fascinating. Read full review

Moonpeak is an online and print magazine published in McLeodganj, Dharamshala, Himachal Pradesh, India. It features articles and interviews about travel, photography and books, with a focus on South Asia and Tibet. The magazine is based at Moonpeak cafe, restaurant and gallery on Temple Road, McLeodganj.
View all posts by moonpeak »
« Cracking open the world
Shanti Bloody Shanti »