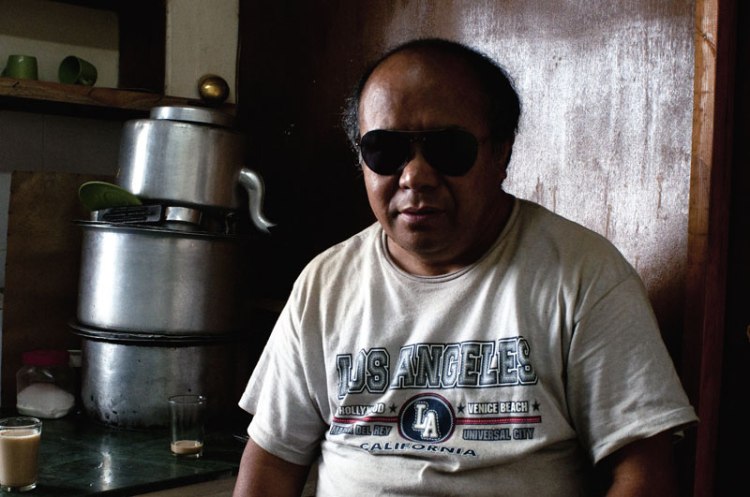 He was simply known as Dorjila, and when he died in the early hours of Thursday morning, not many knew his full name or how old he was. His presence in the corridors of the Tibetan Children’s Village School for the past three decades had been taken for granted. He never missed a day of work, and despite his vision being severely clouded by a congenital macular defect in both eyes, took on more responsibilities than his job demanded of him. His work was simple – making tea for the staff, ringing the hourly bell, keeping two staff rooms and toilets clean and running errands for the Senior and Middle School offices where he worked – yet his dedication to his work was complete. People were occasionally surprised on a cold winter day to find him wearing nothing more than a thin cotton t-shirt. He would regularly get up in the middle of night to take a round of the campus to see if everything was in order.

He had his fair share of joy too. He liked to stay at comfortable hotels whenever he managed to save enough up for a winter vacation. The other luxury he allowed himself was watching television. He did not like missing any show that included his idol Amitabh Bachchan, a Bollywood star, and once he paid a large sum of money to a hotel attendant to switch channels on a common room TV so that he could watch Bachchan hosting a quiz show.

Dorjee Choedak was born in 1961 in Mustang in Nepal. His mother died during childbirth and in 1962 his father put him in the care of the TCV school, which doubled as an orphanage for Tibetan refugee children. It was perhaps due to his poor vision that he didn’t study beyond Class 3 and was sent for training at the Tibetan Handicraft Centre in 1969. He came back to TCV in 1978 after years of trying hard to train his dim vision to the demanding work of carpet weaving. Nine years after arriving at the school, he was given his regular position as a peon. An internal assessment in 2009 records under his special achievements ‘Role model to staff and students in work dignity & culture’ and again ‘exemplary service & is an asset’.

His unwavering love for the institution where he spent almost all his life made him devote all his energy to see it function smoothly so much so that he routinely disregarded personal comfort. We will never know how long he had managed his pain with stoic indifference before his illness got the upper hand and signs of trouble became more visible for others to notice.
A large quantity of pain killers were found in his small refrigerator after he died of liver cirrhosis caused by Hepatitis B.

As per his wishes his provident fund will be divided equally between the school and the office of the Dalai Lama. Dorjee Lak, in one short life, accumulated enough good to serve many a lifetimes. He left us with one shining example of what one can achieve with modesty and dignity in one’s work.

We shall miss him.

Moonpeak is an online and print magazine published in McLeodganj, Dharamshala, Himachal Pradesh, India. It features articles and interviews about travel, photography and books, with a focus on South Asia and Tibet. The magazine is based at Moonpeak cafe, restaurant and gallery on Temple Road, McLeodganj.
View all posts by moonpeak »
« Walking in the Silence
Better Gun than God »